Living "His" Life - a film project exploring the Father-Wound

What others are saying

You don’t know me but just watched your documentary “The Other Side of Fear”… and wanted to say THANK YOU. I have struggled for a long time and have my own story… but as a young father myself, I know that FEAR and ANGER are destroying my heart. I know I can’t do it alone… and I know I need Jesus. Just wanted to say THANK YOU for your courage and your witness.

Can’t do it alone

“WOW!!!! I watched this film and as a woman it was so Insightful!! I will forward It on to men and even women I know. Beautifully done!!”

“Thank you Joe for sharing your powerful testimony with me and to the world! I will share your documentary and keep you and your mission in my prayers!”

“Amazing film, amazing testimony. I am honored to watch your film. Thank you for this gift. I will be sharing with my friends.”

“The documentary was great. I shared it with just about all the men in my contacts and I shared it on Facebook as well.  Really inspirational and motivating a great reminder of how we need to restore the family.”

“It has been a very long time since something so powerful yet so catholic has been produced. Thank you for your courage to be vulnerable and share the rawness of your sin. God has and God will continue taking your story to become his story for so many more. Thank you again!”

“Thank you Joe for the film. This is a powerful one!”

“I didn’t even know this film existed… my chance I happen to talk to my ex, and she told me I should come to see this film. I almost didn’t come tonight… but, now I know why I did. This film was my story… my life will not be the same.”
– Anonymous

“I watched your production last week titled “The Other Side of Fear”. Well done! We are going to share it on our Rejoice Counseling Apostolate FB page.”

“I love you, brother! I just finished the video.  The way I see it is it will be life-changing for everyone who sees it… I love it!!!!! I believe it is anointed by God.

“I’ve got to tell you… tonight moved me in many ways. The courage you are taking to show this side of your fear is phenomenal and many a man will be moved to express their stories Thanks to you after seeing it. I can’t wait to see the end result.”

“I have been crucified with Christ; it is no longer I who live, but Christ who lives in me; and the life I now live in the flesh I live by faith in the Son of God, who loved me and gave himself for me.”
– Galatians 2:20

The film above is FOREVER FREE, as will be what's coming next but, we need your help! We are ready to begin the next chapter of this "Living 'His' Life" journey (see the "Need" description below for details). Would you consider giving a gift to "fan the flame" of what God is doing in the lives of so many through this project?  It would mean so much to us!

NOTE:  ChiRho Impact Media LLC (LivingHisLife.net) is NOT a 501c3 corporation.  If you would like your contribution to be tax-deductible, go to The King’s Men, and click on "Special Donation." TKM, who is a 501(c)(3) corporation  - All donations are tax-deductible -  who will "ear mark" those funds for this project.  The King's Men will issue the "donation receipt" letter in January.

We could NEVER have imagined the impact this film project would have on men... let alone women... when we set out on this journey back in 2018.  We are blown away by God's grace!  It's been experienced by thousands from around the world; watch the film, just click the play button.

August 14th, the feast of St. Maximilian Kolbe, marks the one year anniversary of the release of the film (watch the highlight video of the premiere), and, to celebrate this, we are releasing a special Anniversary DVD, with extra content to mark the occasion! 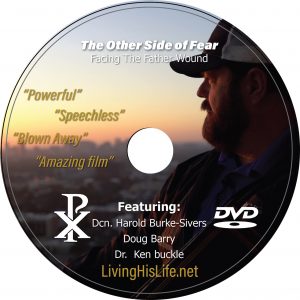 The Need:  As this is a passion project for Joe and his family, it's not just the need to cover the thousands of dollars of website hosting fees, digital distribution fees, licenses for copyright free music or stock footage, or the costs to maintain the Vimeo account that allows the film to be forever FREE to all. No, we are thinking way bigger than that!

In the initial filming production phase, we recorded over 7 TB worth of footage, most of which has NOT YET been released. We are in production NOW on those films.

Additionally, we are partnering with The King's Men apostolate on a mission trip!!!  In September, Joe and the family, will be going to Montana for the "Into The Wild" retreat hosted by The King's Men. There, not only will Joe be giving giving talks on the role of men as "Leader, Provider, Protector" but, we will also be showing the "Other Side of Fear" film to all the men on the retreat.  Not only that, but also, we are giving them FREE copies of the DVD to take home, to watch, AND pay it forward to other men who are in need of healing, forgiveness, and courage.   This is a model we pray, we can duplicate over and over again.  The DVD contains not just the film but, also, the full length interviews of Dcn. Harold  Burke-Sivers, Doug Barry, and Dr. Ken Buckle.  All of this content will ALSO be made available as digital downloads/streams.

But, wait, there's more! 😉 The future has even more in store for our partnership with The King's Men will also entail the next round of production on NEW films that explores the devastation of pornography addiction, as well as reach men "where they are" in order to lead them to Christ. It's going to be powerful! AND, it will have a net affect on families and society. You can be apart of the impact!

We are also including all of our supporters in our daily rosary! Thank you for fanning the flame!

About Living "His" Life

Living “HIS” Life is a Catholic masculinity project, designed by Joe McClane, to bring men together for the journey towards heaven, strengthen families, restore a moral society, and to help bring about healing, forgiveness, and courage in their lives.  We do this ALL for the Glory of God and the salvation of souls, and ALL things through the lens of Jesus and His Catholic Church (1 Cor. 10:31).

Living “His” Life is a brand/project of ChiRho Impact Media LLC.  Although more is planned for the future, the first major project of Living “His” Life is a feature-length documentary film entitled, ” The Other Side of Fear: Facing the Father Wound,” as well as nine follow up mini-documentary films, all aimed at facing the fears inherent to wounded men and how to overcome them, to live lives of true happiness, and find fulfillment.

Joe McClane, President of ChiRho Impact Media LLC, is a lay Catholic evangelist, Catholic talk radio host, speaker, author, and filmmaker, as well as the Director of Mission Development for the Guadalupe Radio Network.  You can find more information, and request him to come and speak at your event/parish/group by visiting ChiRhoImpactMedia.com. 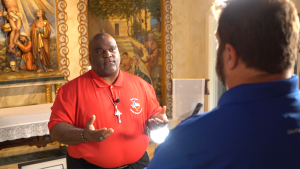 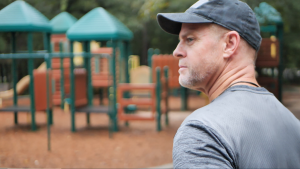 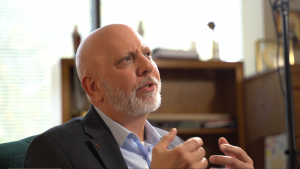 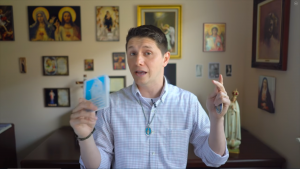 “The Other Side of Fear” Film Project:

“The Others Side of Fear: Facing the Father Wound,” is a feature-length documentary film that explores the effects of fear and woundedness in the lives of men. In “The Other Side of Fear,” we embark on a journey of discovery and courage, facing our darkness, our fears so that the “Light” might overcome it.  Along the way, we encounter the stories of broken men who share their fears and woundedness in a real and raw way.  We also meet subject matter experts like Dcn. Harold Burke-Sivers, Doug Barry, and Dr. Ken Buckle to provide us insight, inspiration, and focus on the secrets of overcoming these fear and growing in grace. It’s emotionally powerful and Catholic.

In addition to the feature documentary film, we also filmed nine mini-documentary films too. Watch these gripping episodes of men who share their story of how fear and wounds have impacted their lives and families. Each episode is focused on one story and includes men from all walks.  Scroll down to see the list and release dates of each episode. Be sure to sign up to receive notifications when these “mini-docs” are released.

Note: these will be released one at a time over the next several months.

“I love you, brother! Just finished the video.  The way I see it is it will be life-changing for everyone who sees it… I love it!!!!! I believe it is anointed by God.”

“I’ve got to tell you… tonight moved me in many ways. The courage you are taking to show this side of your fear is phenomenal and many a man will be moved to express their stories Thanks to you after seeing it. I can’t wait to see the end result.”
Feature Documentary
1
Mini-Documentaries
9
Filming locations
33
Miles traveled
2769.5

Who is Joe McClane?

Joe McClane, a powerful and dynamic Catholic speaker, radio host, documentary film maker, and author - has been working full time in Catholic evangelization since 2008, traveling across the USA and oversees lighting a fire in the hearts of thousands for Christ and His Church. Joe is the President of ChiRho Impact Media LLC, as well as the Director of Mission Development for the Guadalupe Radio Network, the largest EWTN radio affiliate in the USA. Catch Joe's Network-wide radio show, "GRN Alive," Monday's at 8 am central on the Guadalupe Radio Network. Joe has been married to Michelle since 2000, and they live in Houston with their six children, daughter-in-law, and two grandchildren.

An effective & FAST strategy to WIN the battle over purity! 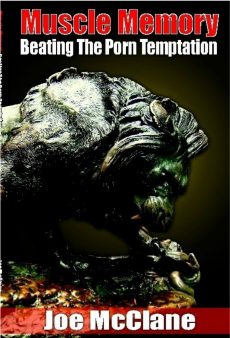 Our call to Sainthood 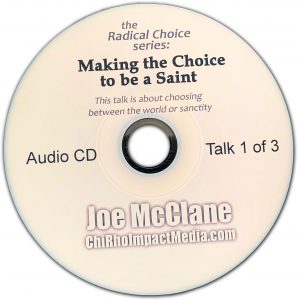 How to chose holiness 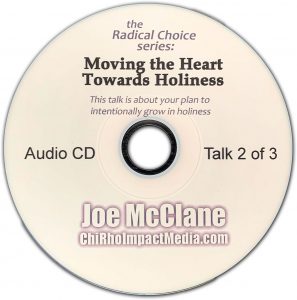 The secret to a happy life! 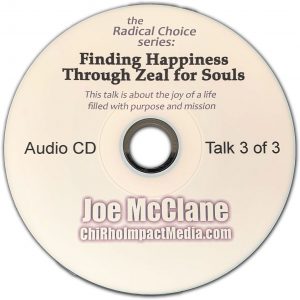 God's design for men to lead 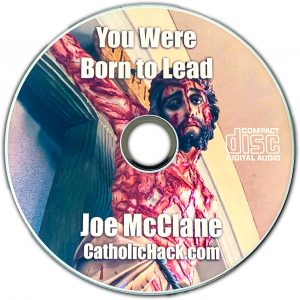 Every man's vocation to holiness! 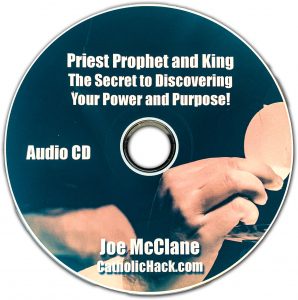 God's design for men to protect 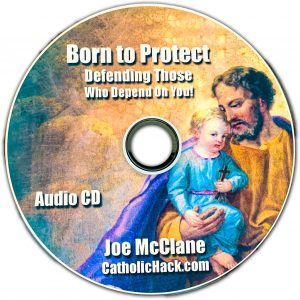 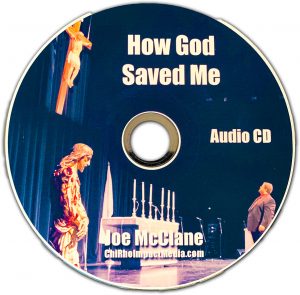 God's design for men to provide 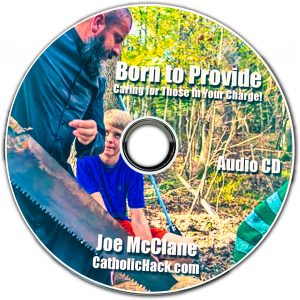 The power of the sacrament 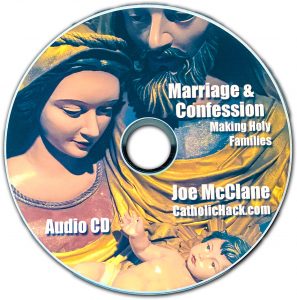 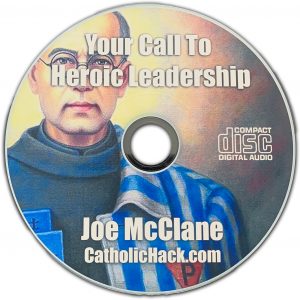 Zeal for souls, even under fire! 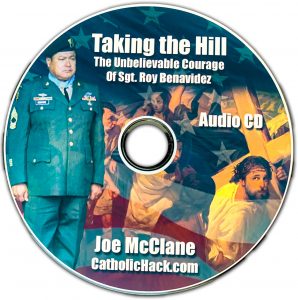 Give me more information

Living “His” Life is A project of ChiRho Impact Media LLC